According to archeological discoveries, origin Barbat or Oud dates back to five thousand years ago, the Sumerian civilization and the city of Ur. This instrument can be seen in Egyptian paintings left over from two thousand years ago that depicting musicians. It then travels to other parts of the Middle East, including pre-Islamic Iran and Saudi Arabia. Famous Iranian Barbat musicians can be called to Barbad, Bamshad, Nakisa and Ramtin named. After Islam and following the Islamic Caliphate, this instrument evolved and this instrument spread throughout the Islamic world from China to Andalusia. During the reign of Abd al-Rahman II in Andalusia and his invitation to a musician named Kamal al-Din Zaryab, this instrument arrived in Spain.

Zaryab expands Barbat or Oud and evolves in this land and with mixing this instrument by Tar instrument for the first made guitar instrument. Which is now celebrated annually in Spain under the name of Zaryab. Paco DeLucia, one of the most famous guitarists in the world, has composed a piece called Zaryab in his memory.

Because the surface of the Barbat instrument is covered with wood, it is called Oud in Arabic. This word is originally Arabicized from the Persian word “Roud”, which is another name for Barbat and also means string in stringed instruments. Today Barbet Instrument has a much smaller role in Iranian music. Unlike the Iranian barbat, the Arabic Oud is one of the main instruments of Arabic music. This instrument was named Lut after it was taken to Europe.

The body of Oud instrument is very large and pear-shaped and its neck is very short and most of the length of the strings is along the body. The upper surface of the body is made of wood with lattice windows. The Barbet has ten strings or five pairs of strings. However, in some cases, the masters break the rules and add two or one string at the bottom before the second string to the instrument, and these strings are tuned under the fa.

The Barbat sound is soft and at the same time warm, attractive and relatively strong. This instrument can play both solo and symphonic roles well. 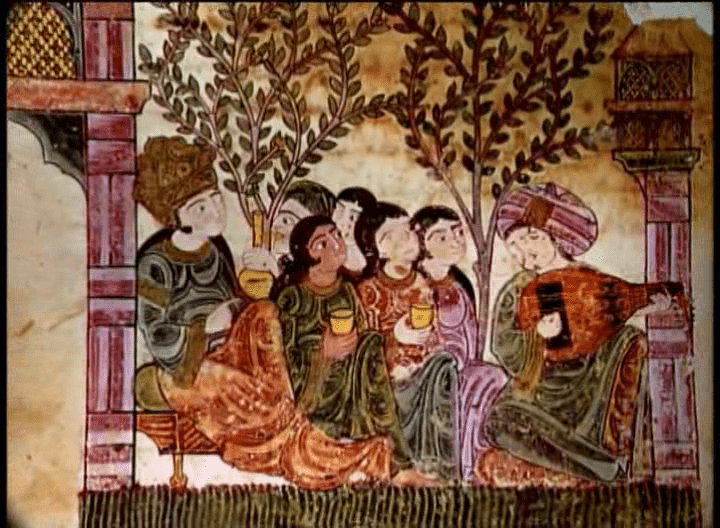