The Achaemenid Empire (Ancient Persian: Xšāça, “Imperial” – 550-330 BC), known as the Persian Empire in Western literature, was an ancient Persian empire founded by Cyrus the Great. This government encompassed almost the entire civilized world of that time, and therefore the Achaemenid Empire was the first and only government to unite the entire world for more than two centuries.

The Achaemenid Empire, at its peak in 480 BC, covered an area of eight million square kilometers, from the Indus Valley in India to the Nile River in Egypt and the Benghazi region in present-day Libya, and from the Danube River in Europe to central CIA, which became The largest ancient empire in the history of the world. This empire ruled over different peoples of different nations and religions, and many tribes lived in the Achaemenid Empire with their own customs and traditions and preserved their state and ethnic culture. In fact, the important feature of this government was the respect for individual and ethnic freedom, the celebration of law and order, the encouragement of indigenous arts and culture, as well as the promotion of trade and art. Pars, southwest of the Iranian plateau, was the region where the Achaemenid dynasty originated. After several centuries of rule over the region, a member of this dynasty named Cyrus II conquered the Medes (Persia and Northern Mesopotamia), the Lydian kingdom and the Babylonian Empire, and founded the Achaemenid Empire. The government he founded ruled for almost two centuries over almost the entire civilized world of that day, until it was finally conquered by Alexander the Great in 330 BC. Alexander died only a few years after the conquest of the empire, which destroyed the integrity of the former territories of the Achaemenid Empire, and these territories were never united again under one flag. Seleucus and Ptolemy, one of Alexander’s generals, were the ones who owned most of the Achaemenid territories and, of course, several other independent states emerged after Alexander’s death or over time. Finally, a century and a half later, the Iranians regained their independence and established the Parthian Empire on the Iranian plateau. 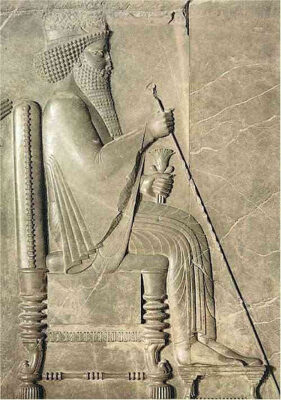 The Achaemenid Empire became a successful example of governing a world government, and achievements such as central government, road and postal system, official language, civil service, and a large regular army were imitated by later empires. In Western history, the Achaemenid Empire is remembered as the antagonist of Greek history as well as the liberation of the Jews of Babylon. The legacy of this state and its traces on the history of the world went far beyond its territory and had a significant impact on the military, cultural, social and religious history of the world. The conquest of Judea by the Persians made the Achaemenid Empire very important in the religious texts of the Jews and Christians. Mazdisna’s evolution during this period led to its expansion from east to west, and also the Achaemenid heritage played a significant role in the politics and movements of contemporary Iranian history.