Shahnameh: the epic of the Persian kings

Shahnameh is the most famous poem of Ferdowsi and one of the greatest writings of ancient Persian literature. It is one of the largest and most prominent epic poems in the world, according to existing manuscripts Shahnameh containing nearly 50,000 bits to nearly 61,000 bits.

Hakim Abolghasem Ferdowsi, the composer of Shahnameh is the greatest Persian-speaking poet who is world famous. Ferdowsi from an early age, became interested in reading stories and loved the history and information of Iran’s past. It was this interest in ancient stories that made him think of ordering the Shahnameh. According to him, he has been searching for this book for a long time, and after finding the original stories. Ferdowsi After finding the Original stories he has dedicated thirty years of his life to write the Shahnameh. The subject of this literary masterpiece is the myths and history of Iran from the beginning to the invasion of Iran by the Arabs in the seventh century AD.

Shahnameh consists of three parts: myth, heroism and history which is included in the four dynasties of the Pishdadians, Kianians, Parthians and Sassanids. When the language of science and literature in Iran was Arabic, Ferdowsi revived and sustained the Persian language by composing the Shahnameh with its purposeful features. One of the important themes that Ferdowsi used to compose the Shahnameh was the Shahnameh of Abu Mansouri.

The Shahnameh has had a great influence on the direction of Persian culture as well as glorious reflections in world literature, and great poets such as Goethe and Victor Hugo have praised it. Shahnameh is the largest book in Persian that has been considered all over the world and has been translated into many living languages of the world. For the first time in 601 A.D., Bondari Esfahani translated the Shahnameh into Arabic, and then other translations of this work were made, including the translation of Jules Moll into French.

Ferdowsi wrote the Shahnameh when the Persian language was in turmoil, and he prevented this turmoil from escalating. Ferdowsi used more Persian in composing Shahnameh and the number of Arabic words in Shahnameh is only 865 words. 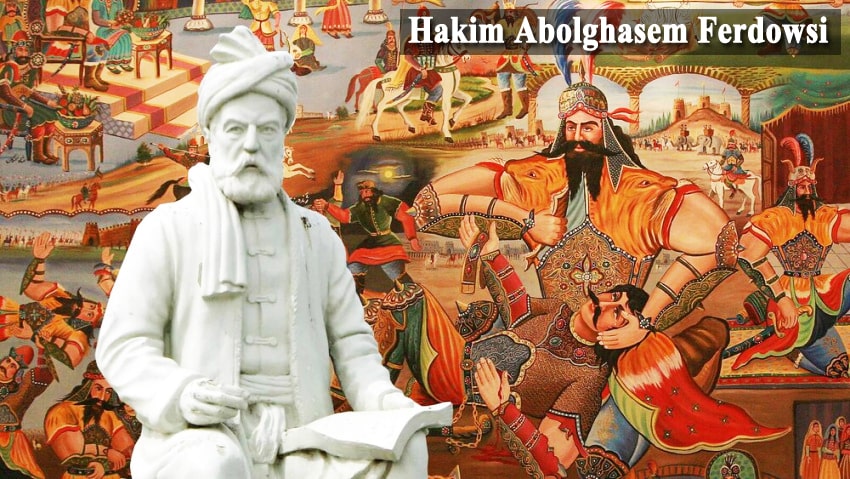 Ferdowsi was not the first to create the Iranian National War. Before him, Masoudi Morozi had composed a part of Shahnameh in poetic. There are only three verses left from Masoudi’s Shahnameh. It is highly believed that Ferdowsi used only one compiled source in composing the Shahnameh, and that was Abu Mansouri’s Shahnameh. The beginning of composing Shahnameh was around 367 AH. Before that, he had written the story of “Bijan and Manijeh”, which, counting these years, he has spent 35 years of his life composing Shahnameh. Ferdowsi finally finished the first edition of Shahnameh in 384 AH. three years before Shah Mahmoud ascended the throne Ferdowsi completed the second edition of Shahnameh on the 25th of Esfand in the year 400 AH, equal to the 8th of March 1010 AD, at the age of seventy-one. Shahnameh is the story of the heroes of ancient Iran and takes the reader back to the centuries and millennia of ancient Iran.

Shahnameh is divided into three parts: mythological (from the time of Kiomars to the kingdom of Fereydoun), heroism (from the rise of Kaveh Ahangar to the death of Rostam and the reign of Bahman, son of Esfandiar) and historical (from the kingdom of Bahman and the birth of Alexander to the opening of Iran to the Arabs).

Pishdadian is the first dynasty of the ruler in Shahnameh. The word “Pishdad” means “the first Person who enact the law.” Kiomers, who founded this dynasty, was the first ruler in the Shahnameh and the first person in Avesta that follow the command of Ahuramazda, and Ahuramazda created all Aryan descendants from him. But some historians who have used Pahlavi writings consider Kiomars as the first man and Houshang as the first ruler. Kiomers had a son named Siamak who was killed in a battle with the demons. Houshang (Siamak’s son) then avenged his father’s blood from the demons and became the king of seven countries after the death of Kiomars.

Many poets wrote thousands of verses before Ferdowsi, but none of them took Ferdowsi‘s place. Ferdowsi can be considered the lifeblood and creator of the Persian language. The Poet of Shahnameh and its infamy in Iran was the cause of a great uprising in the creation of epic poems. Shahnameh, although was the result of the great national uprising of the Iranians in reviving national honors, but Ferdowsi did not revive all the heroes of Iran, because the order of all national stories required many times and this was not possible for one person.

Ferdowsi’s Shahnameh is the largest book in Persian that has been considered all over the world, and the most important reason is its various translations and extensive and comprehensive research on it in foreign languages. 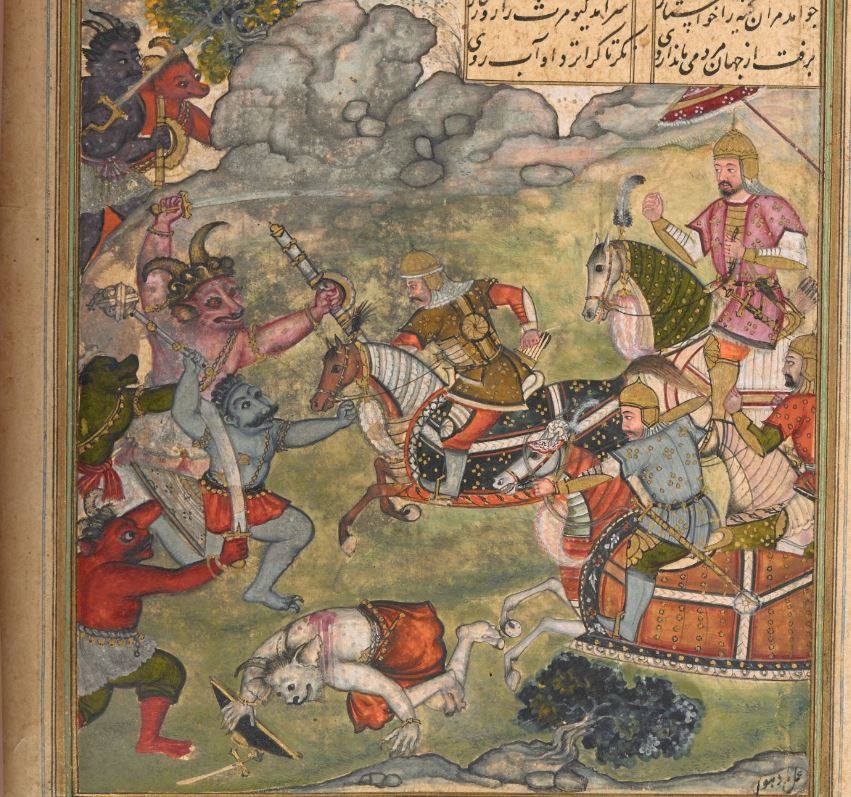 Top 5 Persian Poetry Books That You Should Read