Persian or Middle Eastern Foods, Sweets & Desserts hides many wonders. One of the characteristics of Middle Eastern food is their aroma, therefore it is not surprising that in the last decade, people around the world have a strong desire to consume this type of food. Some Iranian and Middle Eastern dishes are so simple that anyone can easily prepare them at home, and others must be cooked with special techniques and tips that only professional chefs can handle.

Iranian cuisine comprises the cooking traditions of Iran. The term Persian cuisine is used as well due to the fact that Iran is historically known as Persia in the West, even though ethnic Persians are only one of Iran’s native ethnic groups that have contributed to the culinary culture.

In the legendary history of Iran, it is said that cooking and eating began during the reign of Zahak. Before that, demons were familiar with this art and cooked all kinds of soups, goodies and delicious foods. Among the writings available from the Pahlavi language in the lovely treatise of Khosrow Kowatan and Ritak (Khosrow and Ridg), points about stews and foods and the way of using them and how they are obtained in the Sassanid period are found as valid references in compiling the history of cooking in Iran.

The names of many Iranian foods and culinary terms that have been translated can be seen in Arabic language books. There are several cookbooks in Arabic that are not unrelated to Iranian cooking. This was probably due to the fact that a large number of Iranians were involved in the court and administrative apparatus of the Abbasid caliphs, and naturally their customs and habits influenced the life of the Arabs, including the Iranian cooking method during the Abbasid period. Iranian cuisine is similar to that of Afghanistan, Tajikistan, the Republic of Azerbaijan, Armenia, Iraq and Turkey.

Breakfast is one of the main dishes in Iranian culture. Adasi, Halim and Kaleh Pacheh, which are the most important and popular breakfast foods, especially on holidays, have a good combination of grains (wheat) and legumes (lentils) as well as white meat (or turkey in helium) plus some edible oil. Halim is very popular in the cold seasons. 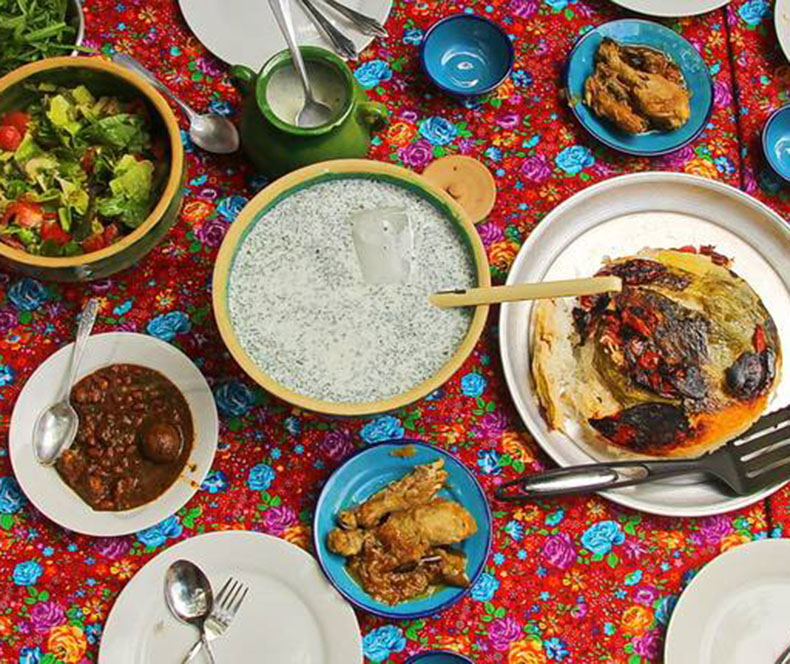 Iranian sweets are so delicious that they are famous all over the world. Yazdi baklava, Sohan Qom and Shirazi burnt almonds are very popular both in Iran and foreigners love them. Stay with us until the end of this article to get you acquainted with some of the famous Iranian sweets.

Noga is a souvenir of Tabriz and one of the best local sweets in Iran. Nougat has a Gaz-like appearance. Many people confuse it with the special sweet of Isfahanis. Nougat is one of the traditional and old sweets in the world. Some sources say that humans also made nougat in the tenth century. Nogha or Luca sweets in Tabriz are made with hazelnuts and pistachios. The steps to make it are like Gaz. Only hazelnuts are added. Some people add dried fruit in nougat instead of nuts. Reis Tabrizi sweet, is another traditional sweet is Tabriz. Reis is made with sugar, vanilla, pistachios and cocoa. The people of Tabriz also call it Eris or Rees. Tabriz has a lot of sweets, but many consider Rees one of the main souvenirs of the city. Rees is one of the most popular local sweets in Iran.

Kolompeh Kerman, has been made by Kermani women for many years. Kolompeh is one of the best local sweets in Iran. It has both dates and walnuts and is therefore very nutritious and delicious. In other countries, such as Turkey, Kolompeh are also made. The batter of Kolompeh is made like any other pastry batter, but put dates inside of the batter of Kolompeh and then poured pistachio powder on it.

Qurabiya is the king of local sweets in Tabriz. Tabrizi Qurabiya Sweets are similar to coconut sweets, but they are several times more expensive. Qarabiyeh has almonds and pistachios as much as you want. First, grind the almonds, then the sugar, vanilla and egg whites mixed with it. After cooking, add pistachios and almonds as much as possible and for this reason, it is one of the most expensive local sweets in Iran.

Qarabiyeh is also made in other countries. Turkey, Greece, Bulgaria and Morocco also have this sweet but Qarabieh is originally Iranian. In the seventh century, just when the use of sugar was widespread, the Iranians made Qarabiyeh with different ingredients. 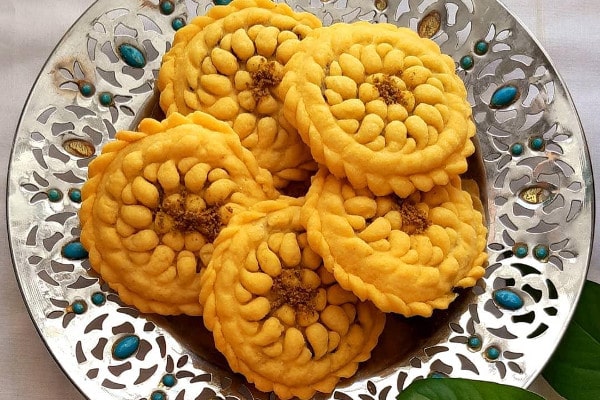 The Middle East is a group of countries that are far from North Africa and Asia. Middle Eastern foods can have a variety of herbs and spices, some made with mutton and some with beef or cheese instead of meat. Healthy, traditional, nutrient-rich and fragrant foods that everyone will love once they try them. Hummus is a famous Arabic appetizer prepared with cooked chickpeas with olive oil, sesame, lemon juice and garlic. Hummus is served on burgers, potatoes and with bread. This is a popular vegetarian food.

It may be interesting to know that the roots of the first sweets go back to ancient Iran but Kanafeh is a traditional Middle Eastern dessert that is prepared and consumed in most of the former parts of the Ottoman Empire, such as Turkey or Egypt. Kanafeh is a popular Middle Eastern sweets.

ShopiPersia is the best & Biggest Online Persian Food Store that located exactly in Iran and ship the products directly from Iran !!!! Yes It is amazing that you can order Persian Foods, Middle Eastern Foods, Iranian Sweets & Muddle Easter Sweets directly from Iran and receive them exactly on the door of your home !!! Wowwww You can receive Iranian products on your door !!!!!