Minakari or Enamelling is the art of painting, colouring and ornamenting the surface of metals by fusing over it brilliant colours that are decorated in an intricate design and has a history of about five thousand years

Enamel working and decorating metals with colorful and baked coats is one of the distinguished courses of art in Esfahan . Mina is defined as some sort of glasslike colored coat which can be stabilized by heat on different metals particularly copper. This art is a combination of fire and soil that blends with the art of painting to create beautiful designs. According to some experts, following the adaptation of Byzantine pottery with Iranian works, this art was formed in Iran and then went to other countries. In Minakari painting, the background of the copper sheet is covered with white and thick enamel, baked in an oven and painted on with enamel paints.

The Art of Minakari

The art of Minakari or Enamelling is called miniature of fire as well as the decoration of metal and tile with mina glaze. Minakari or Enamelling is the art of painting, colouring and ornamenting the surface of metals by fusing over it brilliant colours that are decorated in an intricate design. Mina is the feminine form of Minoo in Persian, meaning heaven. Mina refers to the Azure colour of heaven.

The Iranian craftsmen of Sassanid era invented this art and Mongols spread it to India and other countries. French tourist, Jean Chardin, who toured Iran during the Safavid rule, made a reference to an enamel work of Isfahan, which comprised a pattern of birds and animals on a floral background in light blue, green, yellow and red.

Some experts link the historicity of enameling in Iran to the Arsacides and Sassanid periods. However, the use of this art in the Islamic period is not clear before the reign of the seventh ruler of Mongol empire’s Ilkhanid division in Iran, Ghazan Khan (694-703 AH) who introduced Mongol Persia to Islam.

Fine silver is used in almost all enameling because the enamel (glass) melts and sticks best to a pure metal. In simple words, enameling is the process of making metal models (fine silver usually) and then melting various colors and types of glass on to the model to create an objet d’art.

In a more scientific approach, enamel (or vitreous enamel or porcelain enamel in US English) is defined as the colorful result of fusing powdered glass to a substrate by firing, usually between 750 and 850 degrees Celsius.

The powder melts, flows and hardens to a smooth, durable vitreous coating on metal, glass or ceramic. According to some sources, the word enamel comes from the High German word smelzan (to smelt) via the Old French esmail. Used as a noun, an enamel work is a usually small decorative object, coated with enamel coating, such as a champlevŽ or a cloisonnŽ.

The paintings or patterns used for enamel works in Iran are traditional designs depending on the taste and preferences of the artist. In the Iranian version of enameling, copper and silver are the most dominant metals used. There are also special tools used in this ancient artistic endeavor such as furnace, pliers, press machine, brush and so on.

Enamel is usually used to embellish vase, jewelry and candle holder in addition to doors and chandeliers of holy shrines. Isfahan is the most important Iranian enameling hub. Enamel works can be washed with lukewarm water, soap and even ordinary detergents.

Gold has been used traditionally for minakari jewellery as it holds the enamel better, lasts longer and its lustre brings out the colours of the enamels. Silver, a later introduction, is used for artefacts like boxes, bowls, spoons, and art pieces while Copper which is used for handicraft products were introduced only after the Gold Control Act, which compelled the minakars to look for a material other than gold, was enforced around the world.

There are quite a few artists in Isfahan who produce enamels that are very exquisite. There is great demand for these works, because of its artistic value and relatively low price. These artists present their works in Chahar-Bagh Street and the vicinity of Naqsh-e Jahan Square. 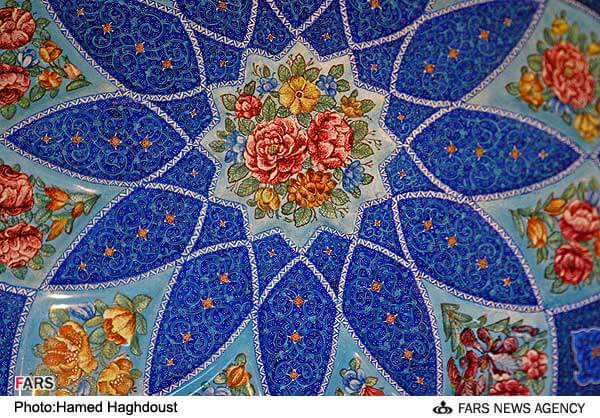 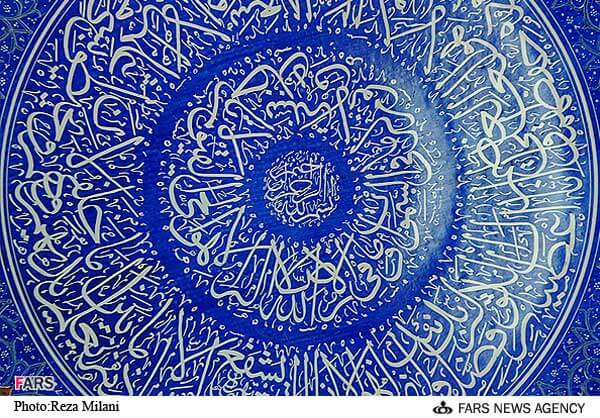 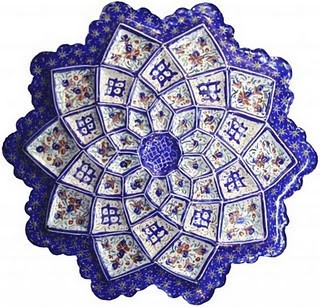 Isfahan is one of the centers of Iranian art and handicrafts market. Isfahan Enameling is world famous and of course Shiraz is one of its producing cities.

The best place to buy Persian Minakari dishes that are reasonably priced and quality is very important. There are different types of Minakari dishes and different prices can be considered for them depending on the type and location of texture. The Best place to buy Iranian Minakari if you are away from Iran and haven’t access to Persian Handicrafts Stores in Iran, is an online Persian Handicrafts store. Just like vintage furniture, there are actually a lot of vintage Persian Minakari online Shop online, if you know where to look. But one of the best online stores that selling Iranian Minakari is ShopiPersia.com website. Why ShopiPersia !!! ShopiPersia is the largest online Persian Handicrafts Shop from the public point and has been operating for almost 5 years. One of the key advantages of this website is the focus on customer satisfaction, which has been very important throughout this activity. ShopiPersia located exactly in Iran, Therefore, they offer carpets that can not be found in other online and offline galleries, and their Minakari collection is updated weekly and new Minakari are placed on their website. All of Minakari that offered at ShopiPersia are 100% Made in Iran.