The Immortals and (recorded in Greek as Athánatoi) or Persian Immortals is the name given by Herodotus, the famous Greek historian, to the tens of thousands of infantry of the Achaemenid army. The Greeks called them immortal because, contrary to popular practice in the ancient world, this battalion was a standing army. Due to the lack of sufficient resources, the real name (Spad) of this part of the Achaemenid Imperial Army has not reached us.

Since the time of Cyrus the Great, the Achaemenids have had a fixed army called the “Immortals“, which consists of ten thousand people. This guard was called the Eternal Guard because in the event of illness, injury, or death of a member, one of the reserves would take his place. The 10,000-strong Immortal Guard and the cavalry regiment formed the elite of the Achaemenid army.

The first group of thousands, the regiment whose spears ended in the Golden Pomegranate, was the “Guard Regiment.” These were all Persians and very famous and scary. The protection of the emperor was entrusted to the guard regiment, and so during the battle, they stood right in front of the ruler. During the load at the court, the members of this guard stood closer to the king than the other troops; Because guarding the king was their main task, they only had shields when their spears were made of gold. Instead, they had to give up bows and arrows and fragments, but they had a short Elamite sticker.

Herodotus describes the immortals as heavy infantry, led by Vidran, one of seven men who rebelled against the false Bardia. The Immortal Battalion consisted of special forces whose number did not exceed ten or less. Herodotus mentions that if one of the eternal soldiers was killed, wounded, or ill, he was quickly replaced by another to preserve their number of ten thousand. 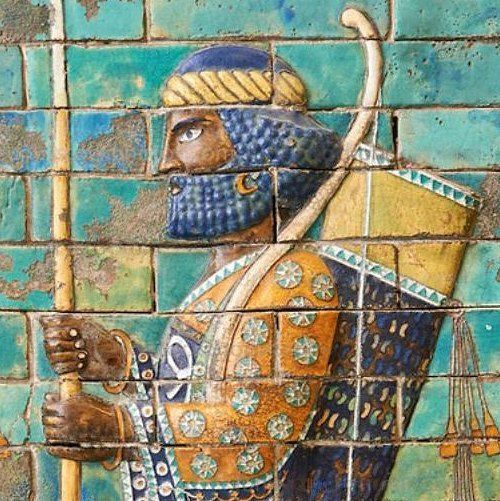