Iran has many arts, but one of these richest arts is miniature art which is also called as Negargari. In fact Negargari has a general meaning and includes various methods and styles of Iranian painting. Stay with us until the end of this article to make you more familiar with this Iranian art

Before the invention of the printing industry, all books were handwritten and decorated. It is not possible to know the beauties of Negargari without knowing Iranian literary works and poetry on the one hand and mystical views on the other. Because the artist pays more attention to the mystical world for his illustration than to the real world. His image of a horse is not a horse in the real world but a horse in the world of ideas. For this reason, in Iranian painting or Negargari, images are immersed in light and there is no shadow in any painting because the shadow is created by the lack of light but the world of ideas is submerged in light and shadow has no place in it.

Carefully in the Iranian Miniature or Negargari, another subtle point can be seen that reflects this attitude; In Iranian Negargari, there is not much difference between male and female face painting, Because gender is the result of violation and the defect is a reflection of the Nature world and there is no defect in the mystical world. Old people can be recognized by their hairs and there are no wrinkles on their faces. Everything is manifested in its entirety, and for this reason it avoids the perspective depth.

Due to the fact that there is no painting works from the pre-Islamic period (except for the leaves of Mani religious painters found in Turfan, China), the study of Iranian painting is possible only in the period after converting to Islam.

The paintings and drawings that exist from the past to the present about the stories, poems and characters show the direct connection between Persian literature and Iranian painting.

It can be said that the history of Negargari art in Iran begins with Mani. Based on the figures and roles that Mani portrays in his book in the third century AD, we know him as the pioneer of this style of painting. Mani introduced himself to the Prophet during the Sassanid era and presented a picture book called Arjang. He had his own style of painting, which was characterized by many details of figures and roles. The skill of Iranian miniature art is one of the intangible cultural heritage of Iran, which has been registered by UNESCO.

The design style of Iranian painters follows the art of calligraphy in Persian script, and because Iranian designers were also master calligraphers, they used the art of engraving in Iranian design and painting. The main feature of painting is the use of curved lines by artists, disregard for volume, distance and proximity of objects. Artists change the thickness of the lines in the painting by engraving or twisting the pen, and repeating this process creates a light shadow and volume in the image. In general, it can be said that the calligraphy is the main element in Iranian painting. 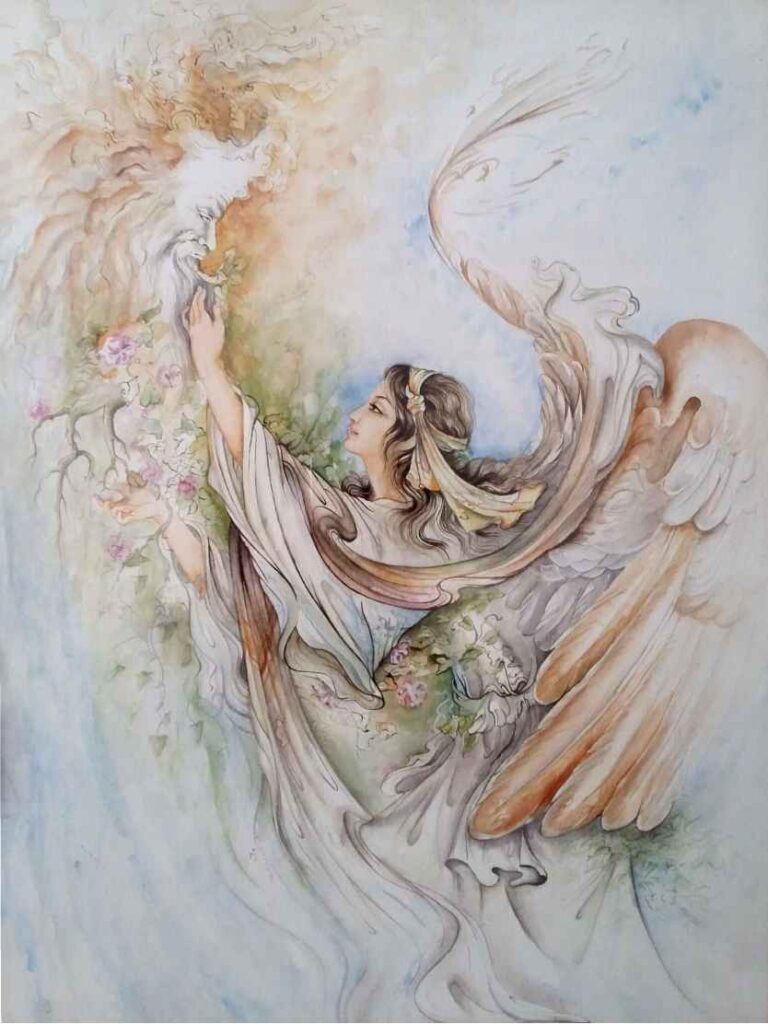 Where to Buying Persian Negargari Painting

ShopiPersia Negargari Category is the best place to buy Persian Negargari Painting Arts. ShopiPersia located exactly in Iran and have access to Iranian artists and ship their arts directly from Iran !!!! Yes It is amazing that you can order directly from Iran and receive them exactly on the door of your home !!! Wowwww You can receive Iranian products on your door !!!!!